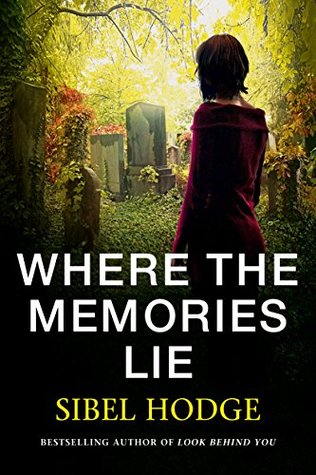 Chilling family secrets, obsession and decades-old lies. How well do we really know the ones we love? A gripping psychological thriller from the #1 bestselling author of Look Behind You.
Twenty-five years ago Katie ran away from home and never came back. But now she’s suddenly reappeared in her best friend Olivia’s life—in the form of a chilling confession. Olivia’s father-in-law, wracked with guilt, says he murdered her all those years ago. Tom suffers from Alzheimer’s and his story is riddled with error and confusion. Except for one terrifying certainty: he knows where the body is buried.
As Olivia and the police piece together the evidence, they are left with one critical question. They have a crime, they have a confession, and now they have a body—but can any of it be trusted?

So, a family secret, you say? Blurted out by a frail Alzheimer’s patient? Would you really take everything at face value from someone who only last week was under the impression that he’s Gregory Peck? The story had potential, but imagine you stumble upon this secret in the man’s diary. The one he’d written when he was still at full mental capacity… Now that, I could get into.

This book is not really a suspenseful thriller, more a story about a tight knit family and the lengths they would go to protect those they love the most. How far would you go to keep a secret that could destroy your family? Would you ignore all your values and beliefs if they were not suitable anymore? Maybe you are one of those people who is a firm believer of giving out the highest possible sentence to criminals. But if it’s your child on trial? Would that make a difference?

We see the plot unfold from Olivia’s point of view. She’s Tom’s daughter in law, and potentially one of the most annoying characters I came across in recent months. As a nurse, I expected her to be the voice of reason, but as the outsider so to say, of course she had to be the one who triggers all the digging into the past. It just didn’t seem that plausible to me, purely because of the way she found out about the secret.

As we go along, the uneasiness grows, accusations fly around and everyone seems suspicious. Olivia is off the rocker, and the most painful of it all is that she doesn’t use her brain. You want to accuse someone? Fine, but at least don’t show all your “evidence”.

The end twist was nicely done, and I’m actually happy with the resolution. Is it a bit far fetched? Maybe. But I’ve learnt watching all those true crime documentaries is that people are capable of anything.

Get Where the Memories Lie